Top 5 Books to Give Your Dad for Christmas 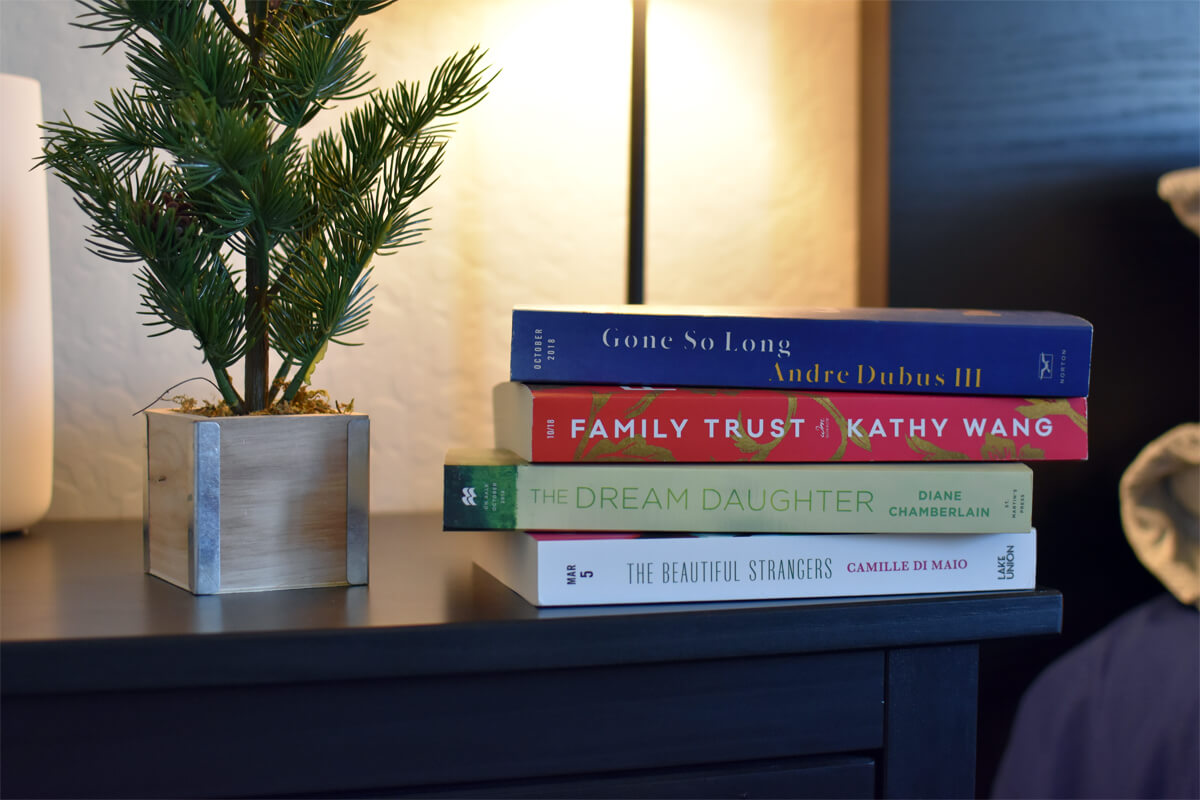 Books are a great gift for Dads. But knowing which one to buy is hard. But no worries, I have some ideas!

Here are my book recommendations for dads. I’ve read each one so I can confirm they’re all good reads.

If your dad is interested in history, I would buy him So Much Life Left Over by Louis de Bernières, which is a sweeping novel about life after war. The story takes place in the aftermath of World War I and leads into World War II.  It’s the dawn of the 1920s and Daniel, Rosie and their daughter live in Ceylon (now Sri Lanka) in an effort to re-start their lives after the war. Daniel is involved in the manufacture of tea and for a while, the family is happy. But when their son dies in childbirth, their lives take on a drastically different turn. Beyond Daniel and Rosie, we get to know Rosie’s family, especially her sisters who are also trying to find their place in the world after the war. Daniel’s brother represents how difficult it is to adjust to life post-war. All these people are entwined in more ways than you’ll expect and some surprises arise with their dynamics. Click here to buy the book on Amazon.

Another good historical fiction one is Transcription by Kate Atkinson, which is a British spy novel full of unexpected twists and turns. It’s a historical fiction story with some mystery and even humor, too. The story follows Juliet Armstrong, who was recruited when she was 18 to join the British Secret Service during WWII. Her job is to monitor the comings and goings of British Fascist sympathizers. Juliet transcribes the secretly recorded conversations with an undercover MI5 agent named Godfrey Toby. There’s also a time jump to the 1950s when she’s working on educational radio programs for the BBC and her past comes back to the haunt her. Click here to buy the book on Amazon.

How to Stop Time by Matt Haig is a time-hopping fantasy about a man struggling with a rare condition: he ages slowly. Very slowly. When we’re introduced to Tom Hazard, we learn that he though he appears to be 40, he was born in 1581 and has been alive for centuries. Tom moves back his to London, his old home, to become a high school history teacher–the perfect job for someone who has witnessed the city’s history first hand. But the Albatross Society, the secretive group which protects people like Tom, has one rule: Never fall in love. As painful memories of his past and the erratic behavior of the Society’s watchful leader threaten to derail his new life and romance, the one thing he can’t have just happens to be the one thing that might save him. Click here to buy the book on Amazon.

A unique tale of a father-son story is found in The Italian Teacher by Tom Rachman. Conceived while his father, Bear, cavorted around Rome in the 1950s, Pinch learns quickly that Bear’s genius trumps all. After Bear abandons his family, Pinch strives to make himself worthy of his father’s attention–first trying to be a painter himself; then resolving to write his father’s biography; eventually settling, disillusioned, into a job as an Italian teacher in London. But when Bear dies, Pinch hatches a scheme to secure his father’s legacy–and make his own mark on the world. Click here to buy the book on Amazon.

The 7 ½ Deaths of Evelyn Hardcastle by Stuart Turton is Agatha Christie meets Groundhog’s Day meets something all its own.  I’ll let the synopsis speak for it: Evelyn Hardcastle will die. Every day until Aiden Bishop can identify her killer and break the cycle. But every time the day begins again, Aiden wakes up in the body of a different guest. And some of his hosts are more helpful than others… The most inventive debut of the year twists together a mystery of such unexpected creativity it will leave readers guessing until the very last page. Click here to buy the book on Amazon.

If you need any more book recommendations, reach out to me! You can find me by email heather@bookclubchat.com, on Instagram @bookclubchat and on Twitter @HCaliendo.

Top 5 Books To Give Your Mom for Christmas

Q&A with Cara Wall, Author of The Dearly...