Review: Seven Days of Us by Francesca Hornak 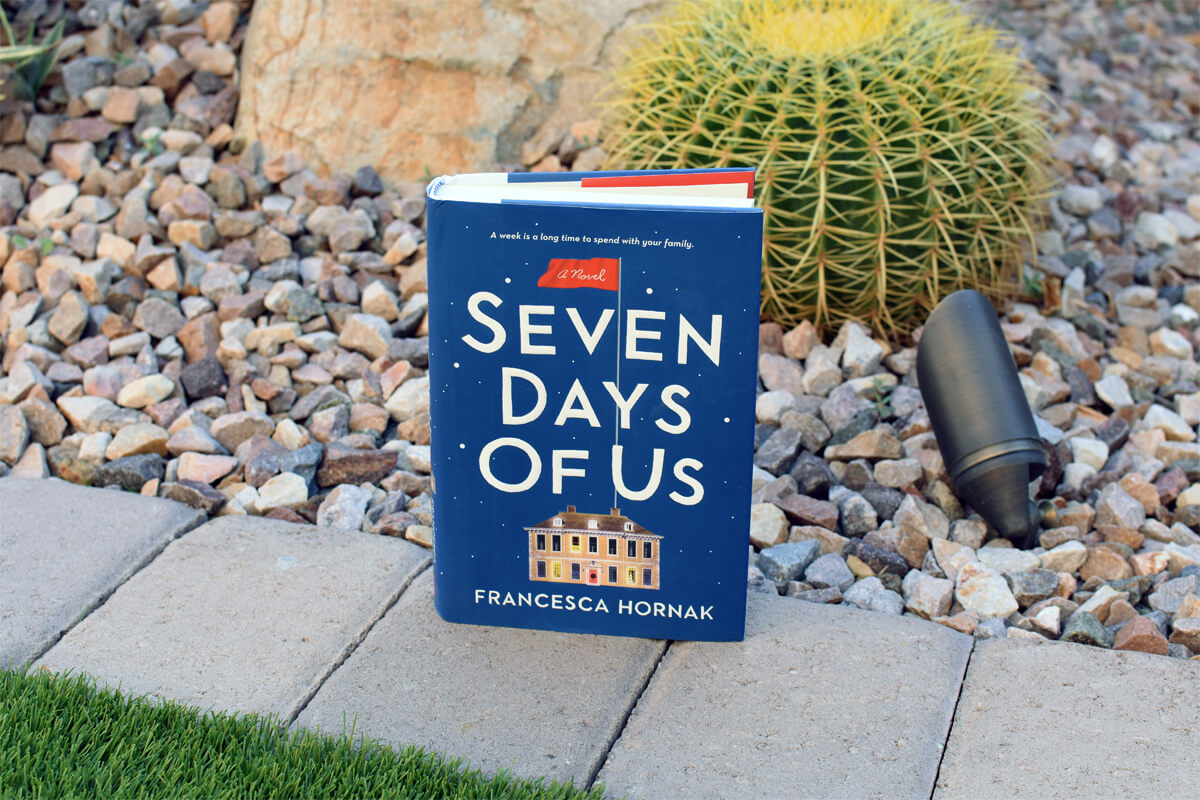 Seven Days of Us by Francesca Hornak is a book about a dysfunctional family forced to spend seven days together during the holidays. Needless to say, there’s plenty of drama between the family members in this one!

Holiday-themed books and movies typically have a formula. Some are on the lighthearted side like the Hallmark Christmas movies, while others try to show the chaos and stress of the holidays. But regardless of how light or dark the storyline is, there’s usually a ‘come together’ moment and conflict is pretty much resolved or at least everyone comes to an understanding. Seven Days of Us does follow the formula in some aspects but it also veers off to a differential direction at the same time. This one is focused on a family struggling with secrets, miscommunication and unsaid bitterness.

It’s Christmas, and for the first time in years the entire Birch family will be under one roof. Even Emma and Andrew’s elder daughter will join them at Weyfield Hall, their aging country estate. But Olivia, a doctor, is only coming home because she has to. Having just returned from treating an epidemic abroad, she’s been told she must stay in quarantine for a week…and so too should her family.

For the next seven days, the Birches are locked down, cut off from the rest of humanity—and even decent Wi-Fi—and forced into each other’s orbits. Younger, unabashedly frivolous daughter Phoebe is fixated on her upcoming wedding, while Olivia deals with the culture shock of being immersed in first-world problems. In close proximity, not much can stay hidden for long, and as revelations and long-held tensions come to light, nothing is more shocking than the unexpected guest who’s about to arrive. For more about the synopsis, click here.

There are five main characters in this book: the father Andrew, the mom Emma, the doctor Olivia, flighty Phoebe and the unexpected house guest Jesse. With being in seclusion for seven days and everyone holding secrets, this one called for the multi-perspective narrative. While the reader gets to know each character, it quickly becomes apparent that each of them are fairly self-absorbed. This group is not always likable but I would say most of them have redeeming qualities. While sometimes it can get jarring to read about unlikeable characters, there’s also something so real about it. No one gets off easy in this one.

Family time during the holidays

As the story unfolds over the seven days, each character’s secrets become revealed and the family is forced to face the reality that they’re not as close as they perceived. But it’s also never too late for second and third chances.

There’s a lot that happens in this one and there’s a ton of arguments. I will say, there’s a good stretch where I got a bit worn out with these Brits yelling at each other! But hey, it’s probably closer to real life than most holiday-themed stories. And each of the five characters do grow quite a bit in those seven days and dynamics are changed forever. Sometimes all it takes is listening to another point of view.

While not a perfect read, this is a fairly entertaining one to check out during the holidays.

Review: Seven Days of Us by Francesca Hornak was last modified: December 16th, 2018 by Heather Caliendo
christmasfamilyfamily dramafrancesca hornakholiday readsseven days of us

Book Club Questions for Where the Crawdads Sing...

Book Club Questions for The Chef’s Secret by...

Book Club Questions for The Air You Breathe...