Editorial note: I received a copy of The Book of Two Ways in exchange for a review.

The Book of Two Ways by Jodi Picoult is a compelling and unique novel.

Jodi Picoult is one of those constant authors that never fails to bring something new to the table. I actually have not read most of her work—in fact the first story I read by her was A Spark of Life, which was a somber and tough one to read. But my biggest takeaway is that she’s an exceptional writer and she likes to take a genre and make it own.

So when I read the synopsis for The Book of Two Ways—I was instantly fascinated as I know there’s more than meets the eye with her stories. And it’s very apparent in this one. There’s a ton going on in the story, but at the same time, it’s still very human.

The story starts off with Dawn’s plane about to crash. I want to pause right there a minute and ask, why so many stories about plane crashes in 2020 (keeping in mind these are all written pre-pandemic)? We had Dear Edward that is well-written but the plane crash is super disturbing. And there’s also a plane crash in The Last Flight. Prior to the pandemic, I flew quite a bit for work and any plane crash story really freaks me out. I think about all those random flights I took from PHX to the East Coast not expecting anything to happen. So I don’t love the new trend of plane crashes—too unnerving! And I’m already cringing thinking about all the fiction that will be written about COVID.

Okay, now that is out of the way—so after Dawn survives the crash she has a choice to either return back home to her husband and daughter or go to Egypt to her research and a long ago love, Wyatt. The story is then told in two different timelines—one where Dawn is home and the other where she goes to Egypt.

I thought this was a clever concept. I’m sure everyone at some point as recognized when they made a pivotal choice in their life. But what if you had an opportunity to see what could have been? Would you be intrigued or continue on your same path? Very interesting concept.

I was much more engaged with her Egypt storyline and reunion with Wyatt. I didn’t expect there to be so much detail about Egyptology—in many ways, parts of this reads as a nonfiction story documenting Egyptian history. I peeked at some reviews after I finished the book and saw that the amount of text dedicated to this area was a bit much for some people. I thought it was interesting and I did learn some new information but it does drag a bit in places, especially where you wondering where she stands with Wyatt and what really happened in their past. I think it could have been cut down a bit.

That said, I did feel like I was transported to Egypt with Dawn. The amount of detail that Jodi wrote was quite remarkable. It’s been a long time since a book felt truly transformative. Again, I just thought the history portions got a little repetative.

Dawn works as a death doula, which I never heard about before. Combining with her love of Egyptian history, there’s this central theme of death in the story. So yeah, that’s pretty heavy! Her work as a death doula is not as engaging to me as her Egyptian work. She definitely explained quite a bit about why that area is important and what the role actually does—really see the human side but also practical aspects of someone about to pass. But it also is intense. Maybe too much so at points.

So this leads me to Dawn’s relationship with her husband Brian. It’s your pretty typical suburban/comfortable relationship. They do have issues and I was a little perplexed by it at first but it all eventually gets revealed and makes sense.

Okay, so for book clubs—this is a good read for you. I can’t list all the reasons without going into spoilers but I will say the ending alone will have all of you talking. There’s a ton to discuss with this one and so it won’t be a 10 minute talk and then you’re done. This book is a bit of departure from her ones that focus on social issues as this really narrows in on relationships and choices. While I think it could have used a final edit, I still enjoyed it overall. Check out my book club questions here. 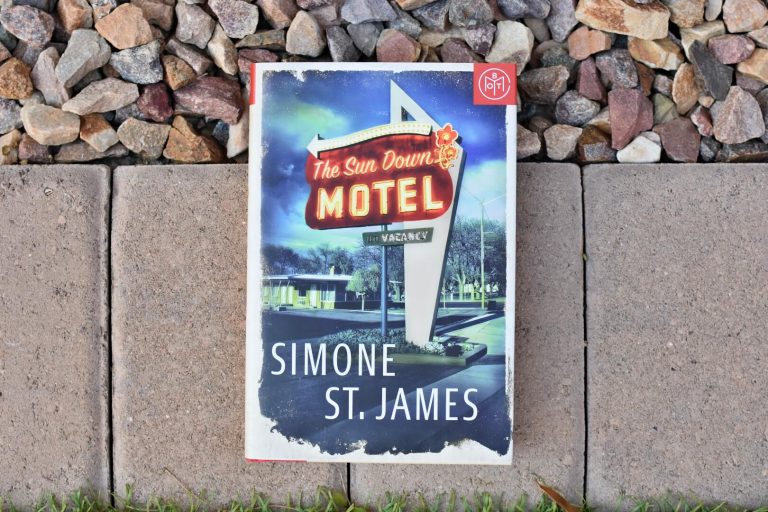 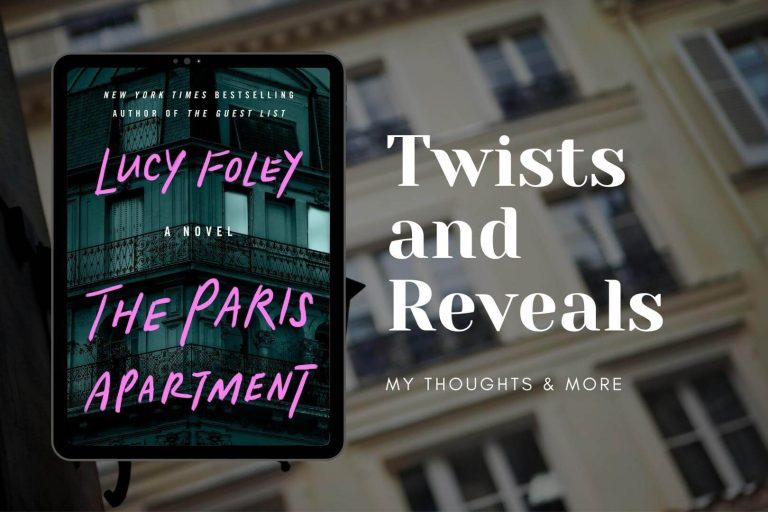 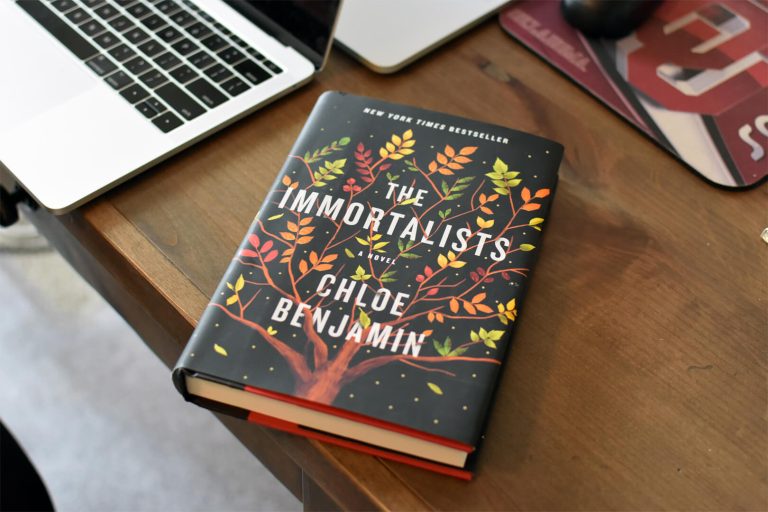 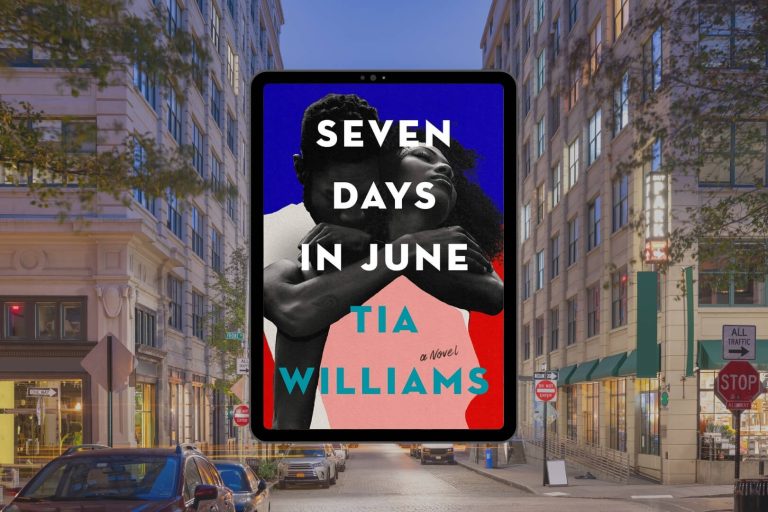 After sticking with the heavy details of Egyptology and confusing timeline switches for 643 pages, she owed us a real ending. What a cop-out.

@Heather, the whole point is that random choices determines our lives and thinking of how it might be different. I think she stays with Brian and the story of Win staying with Felix sets up her final choice. She didn’t want to disturb the lovers family and didn’t deliver Wins letter. I think she is seeing Brian in a new light. Wyatt is the easy choice but Brian shows grace meeting Wyatt.

@Barb Steverson, Yes, I wonder if she'll ever reveal her true intentions with the ending!

Hi Amy! There are some adult themes and topics so I don't think this would be the right fit for an 11 year old. It's also on the long side.

I felt like after dragging us through so much Egyptology she could have at least given us an ending. I was definitely disappointed, but usually love her books.

Haha, it was very heavy on Egyptology! I liked it at first but then it got to be too much. I'm curious why she didn't give us a definite ending.

I just finished this last night and it's really sticking with me. I think a lot of us have a Wyatt in our pasts and a "what if" so I loved the exploration of that idea. I also have to say I love the likely ending of Dawn choosing Wyatt. I feel like a lot of books/movies explore this idea of lost love and just treat is as a mid-life crisis and show the character still going back to the Brian in their life.

I agree with you that some final editing wouldn't have hurt. I noticed a lot of really minor inconsistencies that didn't really take away from the plot, but annoyed this detail-oriented reader anyway (example: Dawn published an article during her undergrad before coming to Yale in 2001, yet Wyatt cites her article as being from 2002).

The biggest oversight in my mind is that Dawn never really confronted Brian for hiding Wyatt's letters. I understand why he did that, but also feel like him making the choice for Dawn was so unfair and I can't believe that she wouldn't have said anything to him about it.

Hi Annie! Yes, that's such a good point regarding many books/movies treat the idea of a lost love as something temporary but they tend to go back to what's stable. I believe she chose Wyatt and I would have liked for it to be confirmed but the open ending really has gotten people talking for sure. On the editing point, I've noticed in the past couple of years that books are really rushed to publication now - for instance, Jodi has a new book publishing this fall - and I think that's why some of the editing isn't as solid as it usually is. I wish Dawn would have confronted Brian about that as well. Thank you for visiting the site! Happy to talk books at anytime. :)

I fell in love with this book. I loved the character of Wyatt, I loved the "twist" where you find out that it's all one timeline, and overall this book made me laugh, cry and really think. In my mind there is absolutely no question--she chose Wyatt in the end. I almost feel like its a not even up for debate. To have such passion for a person, go through a life-changing ordeal with that person and then introduce him to his child who now also has started to build a relationship...how do you go back to your prior life? In my mind I was less aggravated about the ending, and more aggravated that we never 100% learned for sure if Brian cheated. Did anyone else feel that way?

Hi Mary! I totally agree! I also think she chose Wyatt at the end as well. It's been a while since I've read it but I didn't think Brian slept with her (was it a coworker?) but might have emotionally cheated if that makes sense.