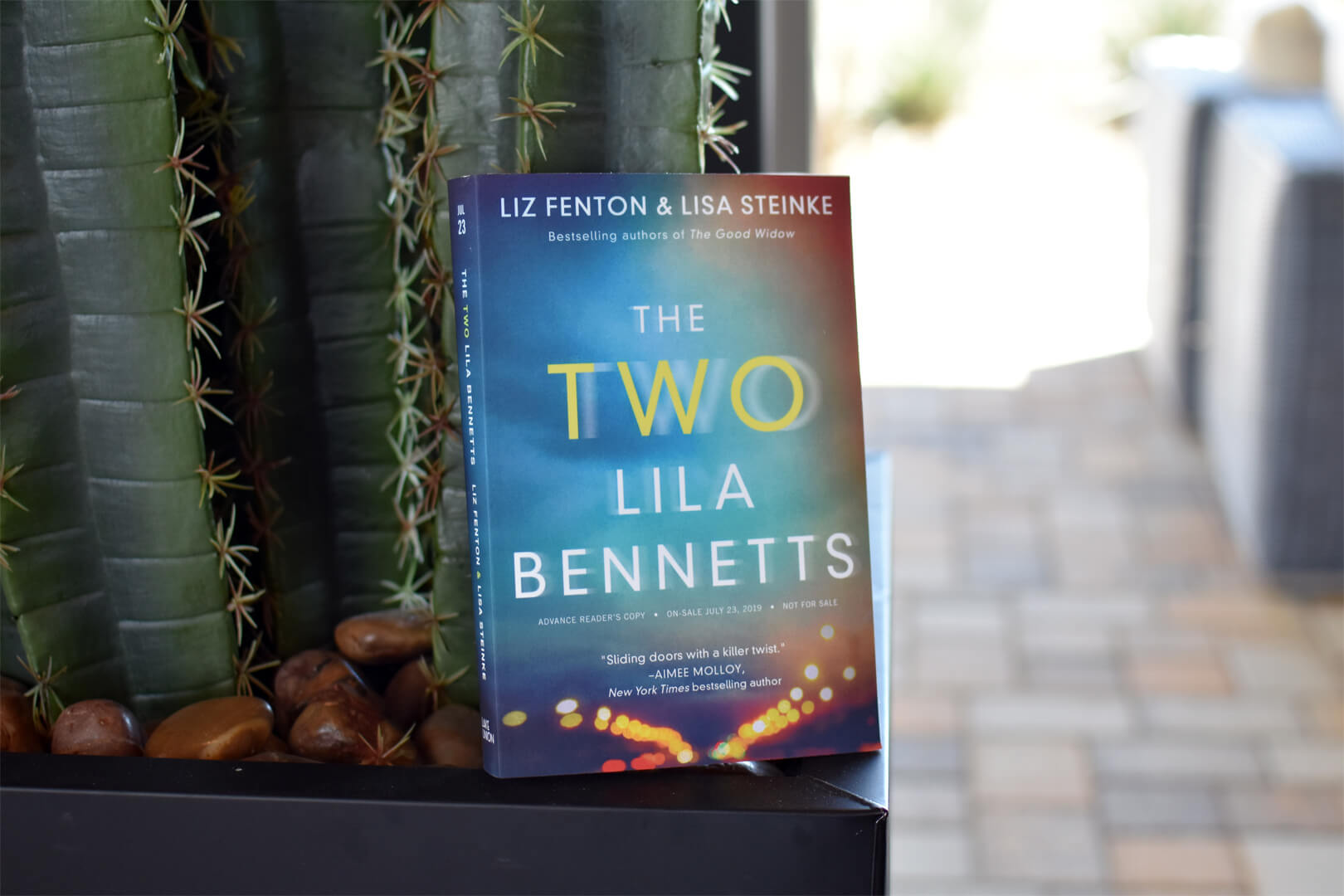 Book club questions for The Two Lila Bennetts by Liz Fenton and Lisa Steinke dissects this wild ride of a story! If you haven’t read the novel yet, check out my spoiler-free review first.

Lila Bennett’s bad choices have finally caught up with her. And one of those decisions has split her life in two. Literally.

In one life, she’s taken hostage by someone who appears to be a stranger but knows too much. As she’s trapped in a concrete cell, her kidnapper forces her to face what she’s done or be killed. In an alternate life, she eludes her captor but is hunted by someone who is dismantling her happiness, exposing one secret at a time.

Lila’s decorated career as a criminal defense attorney, her marriage, and her life are on the line. She must make a list of those she’s wronged—both in and out of the courtroom—to determine who is out to get her before it’s too late. But even if she can pinpoint her assailant, will she survive? And if she does, which parts of her life are worth saving, and which parts must die? Because one thing’s for certain—life as Lila Bennett knew it is over.

Complicated protagonists always make for an engaging read! Once you’ve gone through the book club questions for The Two Lila Bennetts, here are some more book recommendations (along with links to discussion questions)!

The Lost Night by Andrea Bartz is a thrilling mystery full of depth and suspense.

Girl in the Rearview Mirror by Kelsey Rae Dimberg is an original modern noir set in Phoenix.

Feel free to discuss The Two Lila Bennetts below!

Book Club Questions for The Lies That Bind...

Book Club Questions for What You Wish For...